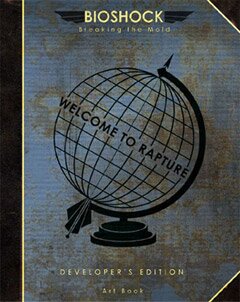 
“Challenged by his son Kristian Davies, the award winning author of Laynfaroh’s first book, The Orientalists , to write the story of a forty-year passion for collecting American paintings, Tom Davies quickly found himself not only recalling events surrounding their acquisition but also recounting how the ‘art gene’ was passed from his father to him and onto his two sons. This Collecting Stories is unlike any other book focusing on a family’s lifelong pursuit of its passion. It is written entirely by the collector, not simply a hired art historian. It communicates, at a personal level, the great joy and pleasure derived from the people (artists, dealers, museum personnel, and other collectors) encountered along the way, the lessons learned (both good and bad), and the satisfaction gained from increased knowledge and insight.

As the title states, there are 400 pieces of artwork, reflecting the ever-expanding interests of Mr. and Mrs. Davies, collected over forty years, ranging from 19th-century Hudson River School landscape, marine, genre, and still life to the work expatriate artists in Europe and the Middle East, to the transitional period of Tonalism into Impressionism, Realism, art of the American West, illustration and contemporary artists of today. For the most part, the work is academic or representational. Reflecting the personal tastes of a private collection obtained without the aid of advisers, some schools or styles are more heavily represented than others. Reflecting financial realities of the private collector, some examples by given artists are major, occasionally ironic, while others are smaller, more personal pieces.

Mr. Davies clearly states he is not attempting to add tomes of new or controversial perspectives to the grand study of art; scholars abound who are doing this on a regular basis. Nevertheless, his concise narratives on 236 artists reveal many nuggets of information about the artists, the eras in which they worked, and the individual paintings as well.

Editor’s Note: An unrivaled work on American paintings, the stunning art reproductions on glossy paper stock, are equaled by the unique & fascinating commentary. The words of a collector providing an unexpected insight from traditional writings on art, with a suitable restraint that results in a perfect balance between imagery and text. Autographed copies available directly from the publisher.


“Patterns are everywhere in nature–in the ranks of clouds in the sky, the stripes of an angelfish, the arrangement of petals in flowers. Where does this order and regularity come from? As Philip Ball reveals in Nature’s Patterns: A Tapestry in Three Parts, this order creates itself. The patterns we see come from self-organization. Indeed, scientists have found that there is a pattern-forming tendency inherent in the basic structure and processes of nature, whether living or non-living, so that from a few simple themes, and the repetition of simple rules, endless beautiful variations can arise.

Shapes | Part of a trilogy of books exploring the science of patterns in nature, Shapes looks at how shapes form. From soap bubbles to honeycombs, delicate shell patterns, and even the developing body parts of a complex animal like ourselves, the author uncovers patterns in growth and form in all corners of the natural world, explains how these patterns are self-made, and describes why similar shapes and structures may be found in very different settings, orchestrated by nothing more than simple physical forces. This book will make you look at the world with fresh eyes, seeing order and form in places you’d least expect.

Flow | The second volume in this trilogy of books on patterns in nature, Flow explores the elusive rules that govern the science of chaotic behavior. From the swirl of a wisp of smoke to the huge persistent storm system that is the Great Spot on Jupiter, Ball explains the mechanisms at play whenever things flow, and how these give rise to many of the patterns we recognize in Nature–from ripples on a beach to swirling galaxies. The book describes fascinating phenomena such as turbulence, which still defies complete scientific understanding; the principles of symmetry-breaking; and how chaotic behavior emerges in systems. It also looks at how patterns of flow have captivated philosophers and artists for centuries, from Leonardo da Vinci to the movement of Art Nouveau.

Branches | Many patterns in nature show a branching form - trees, river deltas, blood vessels, lightning, the cracks that form in the glazing of pots. These networks share a peculiar geometry, finding a compromise between disorder and determinism, though some, like the hexagonal snowflake or the stones of the Devil’s Causeway fall into a rigidly ordered structure. Branching networks are found at every level in biology - from the single cell to the ecosystem. Human-made networks too can come to share the same features, and if they don’t, then it might be profitable to make them do so: nature’s patterns tend to arise from economical solutions.

Editor’s Note: Nature has long been an inspiration in the arts from architecture to the use of procedural textures in visual effects. These series of books are an excellent expansion of Philip Ball’s acclaimed previous work, The Self-Made Tapestry: Pattern Formation in Nature. Shapes is now shipping.

The Art of Terminator Salvation


“The much anticipated fourth instalment of the critically acclaimed Terminator series, Terminator Salvation, starring Christian Bale (Batman Begins) and directed by McG, reaches cinemas on 22 May 2009.

In a brand-new chapter in the Terminator chronicles, Judgment Day has come to pass and Skynet has destroyed much of the world?s population. In this post-apocalyptic world, the resistance, including John Connor, continues its brutal fight for survival.

This beautifully designed companion volume features hundreds of color illustrations, storyboards and intricately designed production art, showcasing the amazing talent that went into the making of this remarkable movie.”